Building Families, Shaping Futures and Developing Communities in the U.S.

Nonprofit organizations that provide foster care for children can have newsworthy appeal, but only if they’re positioned with expert media angles and materials.

Already a recognized global brand, international non-governmental social development organization SOS Children’s Villages wanted to boost their exposure in the U.S. in order to increase the amount of charitable contributors to their nonprofit. To achieve this, Wasabi Publicity was hired to assist with the organization’s re-branding strategy and to generate PR for SOS Children’s Villages in the U.S. 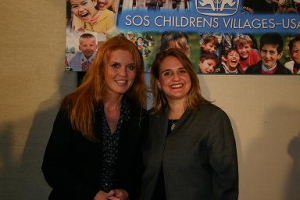 Sarah Ferguson and Michelle Tennant at a NYC press conference.

The national art and essay contests Wasabi launched for children across the U.S. had newspaper and magazines all across the country covering the “human interest” story and brought widespread exposure and attention to the SOS Children’s Village mission. 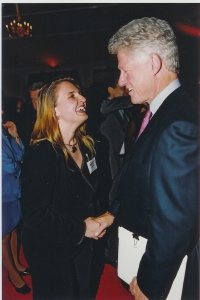 Our media outreach scored amazing results, including a total of over 200 placements during the campaign. These results included interviews on FOX, CBS, UPN, ABC News, and a 2-hour special on TLC’s While You Were Out, and placements in Family Circle Magazine, Learning Magazine, New York Times, Parenting Magazine, Dallas Morning News and many, many more. In addition to this, Business Traveler magazine gave SOS ongoing free color ads and made them the charity of choice at their annual business round-table charity fund-raising international meeting. The total estimated ad value of these media interviews and placements equaled tens of millions of dollars.

Media coverage can be used very successfully to develop donations for nonprofits, and Wasabi knows how to make this happen with the highest level PR strategies and media venues.