In April 2016, Wasabi Publicity was hired by iguacu [say igwah-soo]—a global platform for effective giving—to create a breakthrough PR campaign highlighting CEO and founder Katherine Davies’ #message4peace walk. She undertook this 600-mile walk from London to Geneva to embody a powerful message calling for peace for the Syrian people. Over the course of her journey, she gathered messages from all over the world, engaging the public in a global outcry for peace. 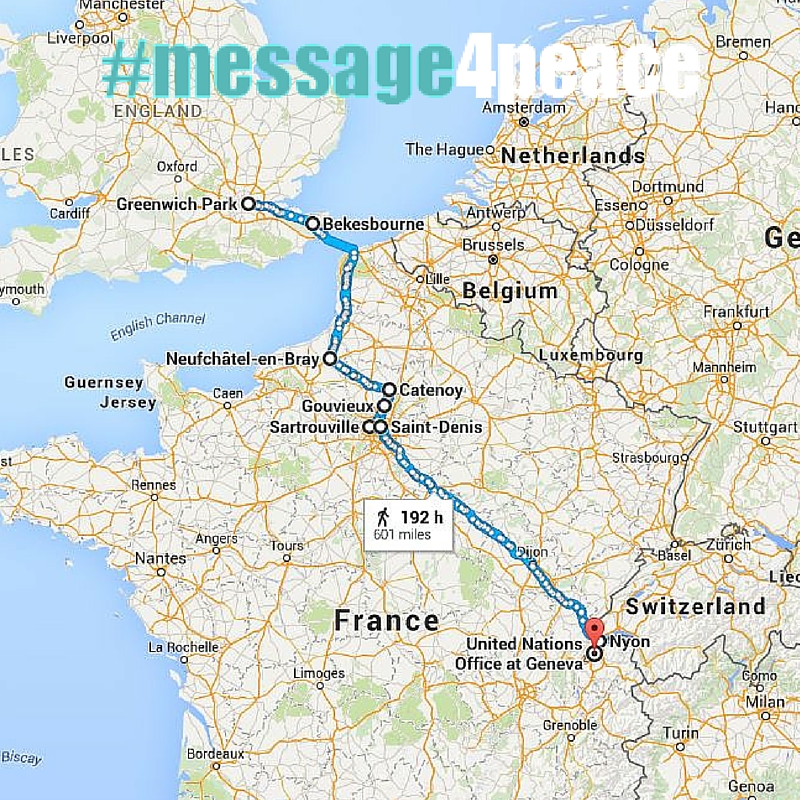 The Wasabi team came in after Katherine had already started her walk, so this was a very fast-moving campaign. Her walk started on March 15, and on May 20 she met with top UN diplomat working to end the Syrian civil war, Staffan de Mistura, and presented him with the messages she had collected.

Woman walks 600 miles to deliver messages of peace for Syria

"We have more power than we think."

The campaign was a huge success, even with such tight timing to work with. The combination of breaking news with Wasabi’s best-in-class online press kit and pitching efforts resulted in a powerfully effective set of media deliverables for the client.